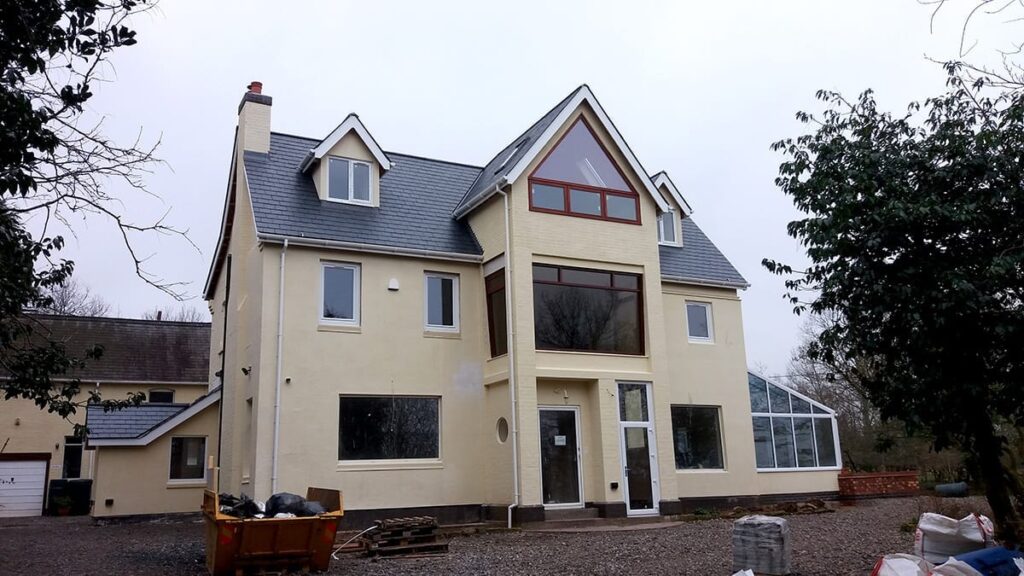 An update on the progress made on Shuttington House after the property requiring renovation following extensive fire damage at the start of 2018. 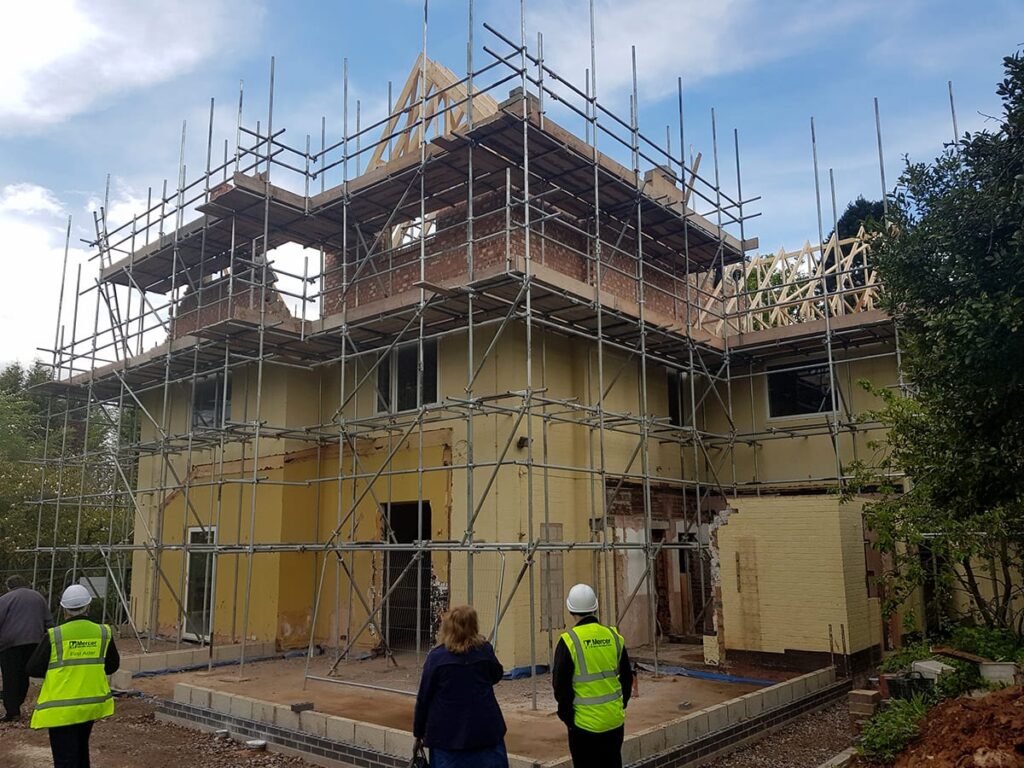 Back in December, we reported on the fire restoration project taking place following a blaze at Shuttington House near Tamworth (See Restoring a Family Home Destroyed by Fire). We’re pleased to say that work is well underway to restore the property. The original scaffolding, which afforded the building a level of protection from the elements, […] 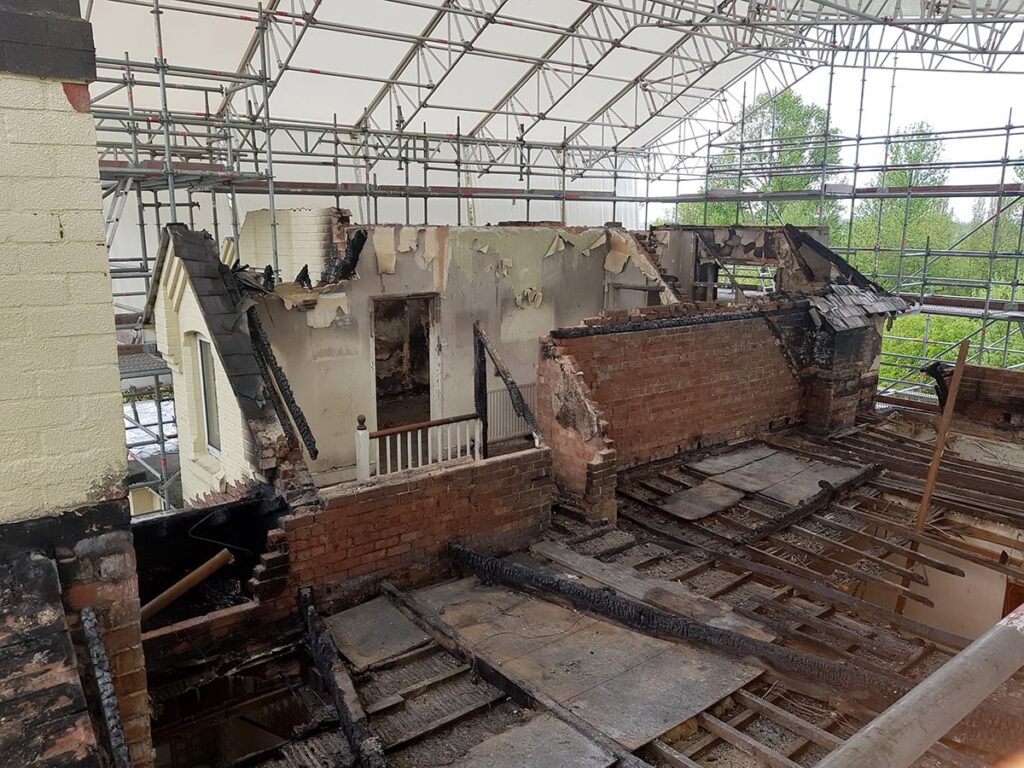 In January 2018, Shuttington House, a large residential property on Ashby Road, Tamworth, caught fire. Six fire crews from Polesworth, Atherstone, Coleshill, Leamington, Kenilworth and Nuneaton, fought the blaze for 14 hours until they had it under control. The fire, believed to be the result of a wiring fault, resulted in the loss of the […]

Conservation of a Historic Building 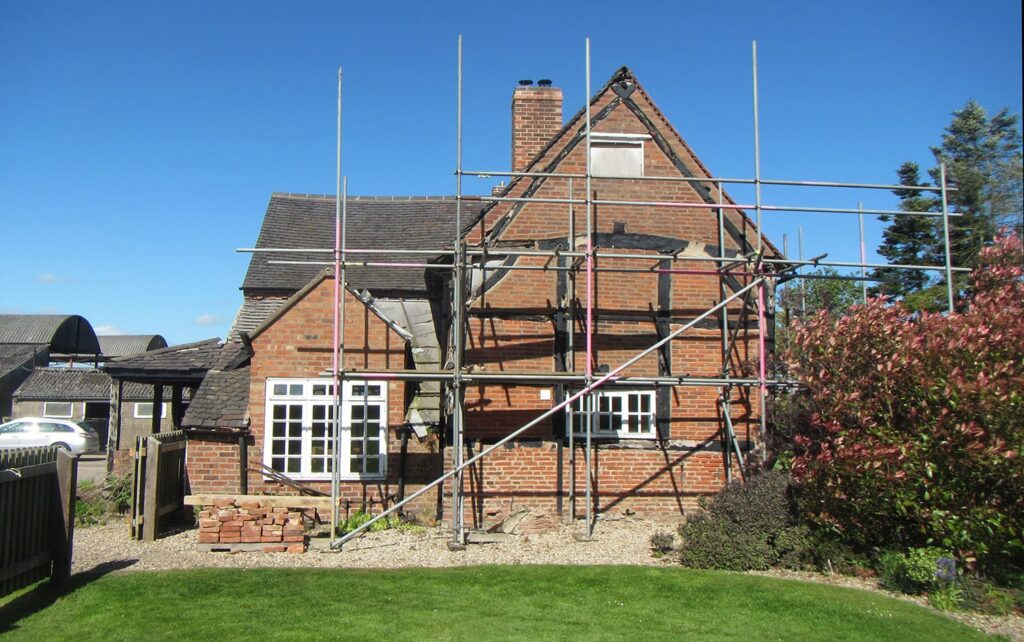 Set in the shadows of the historic Bosworth battlefields is a Grade II Listed farmhouse. Its owners engaged us to assist with a much-needed conservation and renovation project. A 17th-century timber frame building The farmhouse is currently made up of three sections. The oldest, an original 17th-century timber-frame building, needed maintenance and repair. Due to […] 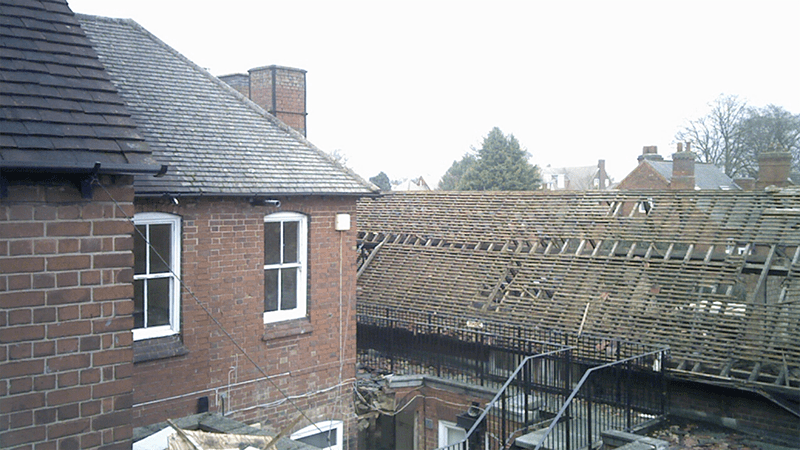 Our renovation of the Old Cottage Hospital in Ashby de la Zouch into our new offices continues apace. We set up some time-lapse cameras on the site to capture the changes. This first video shows the removal of the 1950s extensions at the rear of the building and the preparation of the area earmarked for […]