The effect of HS2 on the North West Leicestershire property market

Chaos, confusion and panic hit our local housing market in 2013 when the Government announced its proposed HS2 rail link from Birmingham to Leeds. The line through North West Leicestershire, mainly following the path of the A42, cuts an unwavering path through our neighbours’ farms, businesses and homes.

Properties and businesses on the market at the time suddenly became unsaleable. Examples even hit the national press, where imminent sales and exchanges of contracts collapsed overnight.

Those who were affected in 2013 were given a glimmer of hope when, after consultation in 2016, the route was redirected south-east of Measham and Packington. But these hopes were dashed after a further period of consultation this year when the line reverted to its original course.

The unveiling of the final plan for HS2 ended four years of uncertainty and conflicting advice for the many people caught in its path. During that period, investment and employment decisions were held back, and this had an adverse impact on the local property market.

Do I qualify for HS2 compensation?

Our office is based in Packington, and the line skirts just north-west of the village. We’re close, but not directly affected by the proposed works, so life continues. For the unfortunate people and businesses in the path of the new line, the Government has announced a compensation scheme.

The immediate line of the track and 70m either side is known as the safeguarded area (shown in grey on the plan). If your home or premises fall within the safeguarded area, it will become a compulsory purchase, where you receive full compensation for the property price plus 10%.

Beyond this there are further bands, comprising:

In a nutshell, the way the compensation works is:

Within the Rural support zone there are two schemes offered:

Within the three homeowner zones cash compensation is available as an incentive to encourage residents to stay living in their properties:

The thinking behind these numbers was contained in the Government’s 2016 consultation report: “The benefits of providing an incentive for property owners to remain in an area are clear.”

“Communities thrive when families put down roots, when children are settled in school, when businesses can build up a customer base, when friendships grow over the years.”

“All of this can be threatened by too many individuals moving out in a short time.”

“We accept there will be individuals who would wish to stay but who may be reluctant to do so if the effect of the scheme could be to depreciate the value of their property, even if only temporarily due to generalised blight.”

“We propose that the alternative cash offer should involve substantial sums of money, sufficiently attractive to encourage homeowners to take the risk and stay in their communities.”

The Homeowner compensation payments are not available until the HS2 bill has been passed by parliament, which is expected to be in 2022. For full details of the compensation available and whether you qualify, see the Government’s HS2 Compensation information.

The effects on HS2 on the North West Leicestershire property market

Beyond the route of HS2, the property market within the wider area is very buoyant. Its location in the triangle between major centres of Birmingham, Nottingham, Leicester, Derby and Coventry, with good infrastructure, road links, employment, transport and airport facilities, make it a desirable area to live.

That desirability is reflected in the high level of property prices in this part of the county. However, the proposed route of the track and its compensation zones has created considerable uncertainty to those affected.

For those close to the works, this has led to a downward adjustment to property prices and a change of purchaser profiles in these areas.

The impact of the HS2 proposals isn’t just about living alongside 5-6 trains per hour travelling through the area at up to 250mph. The immediate concern is the disruption of the construction phase, with potentially five years’ of noise, disturbance, dust and traffic problems.

While the issue of the HS2 route is well known locally, potential purchasers from further afield are now becoming aware of the situation, through their solicitor’s searches, surveyor’s reports and mortgage advisors. This is having a knock-on effect on house prices and demand.

If your property is in the vicinity of HS2, but not within the rural support or safeguarded track area (and the compensation that’s available), we expect you’ll see a further reduction in house prices in the region of 10-20%.

At the moment these lower values don’t appear to be hampering the sale of homes. The profile of new buyers is tending to be older people not reliant on a mortgage, and not necessarily taking a long-term view. They want somewhere nice to live, potentially at a lower purchase price. This effect has generated a desirability for these properties but at a lower market price than would have been the case outside of the compensation zones.

While the last four years of uncertainty have been trying, now the final route has been confirmed it will enable the market to stabilise and move back to a more normal position. The buoyancy of the wider local property market will continue unabated. For those closer to the route, there is still an active market for those properties, just at a lower level.

Further afield, additional new housing sites, providing thousands of homes in the five-year land supply within North West Leicestershire, will further continue to drive the local property market. Now the HS2 route has been selected, this period of stability should assist in delivering a calmer and more considered property market. 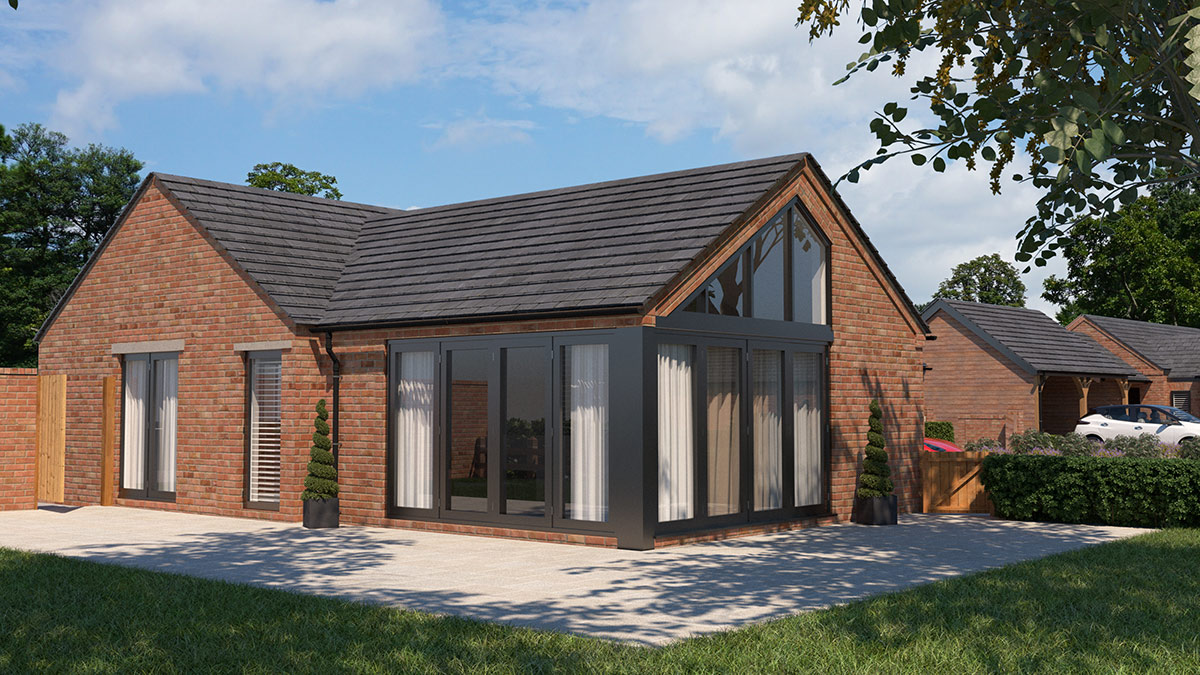