A view from one of our clients after we help transform their Edwardian Home. The property owned by Laura and Stuart Pearson approached us in 2017.

When Laura and Stuart Pearson approached us back in 2017, they were looking for a loft conversion at their Edwardian home in Ashby de la Zouch. As Laura explains, that meeting led to much bigger things.

We first contacted David Granger Architectural Design in November 2017. We were looking to convert our loft to create a 5th bedroom/master suite. David visited to assess the loft situation and was happy when he saw the space and agreed we could easily create the room we wanted.

The story, however, doesn’t end there

Our Edwardian-style house dates from around 1900, but a lot of the original character was lost during a renovation around 20 years ago. White uPVC windows had been installed, and a very modern rear extension was added. The extension sits lower than the rest of the house, due to the sloping nature of our plot.

As we love period properties, our plan, when we bought the house back in 2015, was to restore as much of the character as possible. The home boasts lovely high ceilings with large windows, picture rails and fireplaces in all the front rooms. We installed traditional-style windows and had a new shaker-style kitchen fitted which we loved. But we hardly used the extension as it wasn’t very functional – it was an odd room that wasn’t at all in keeping with the property.

While showing David the rest of the house, he couldn’t understand why the kitchen looked out onto the side of our neighbour’s house and a substantial double garage. He asked me if we had ever considered moving the kitchen into the extension. I asked him what he would do, and his vision on the spot that morning intrigued me enough to ask him to draw up some ideas.

When I discussed it with my husband that night, we were both excited to see what David came up with, and we didn’t have long to wait. His vision was to demolish the existing “light snatcher” of a garage and add a new integral garage to the front/side of the house. These changes would create a new rear entrance to the garden with a boot room into the house. We would block up the existing back door, creating a new utility room.

Finally, we’d extend the current extension further across the back of the house to create a kitchen/dining area with picture windows looking straight into the garden. The existing kitchen would become a new living area (snug) with three steps down into the new kitchen/dining room. All this was all in addition to the loft conversion.

We loved the designs immediately

When we received the initial drawings, we loved them immediately, and we could see how it would enhance the property. We advised David that we would like to go ahead and submit a planning application. The surveying team from David Granger Design arrived in early December 2017. They spent a full day here as they needed to draw up the whole house. With the survey completed, plans were drawn up, agreed and submitted to NWLDC in March 2018.

These were drawn as bi-fold doors to the dining area and kitchen (with apex glazing to a gabled roof) which would give a lovely view of the whole garden. Previously, the garage partially obscured the view. We had always loved Crittall-style windows, so when we knew we wanted to go ahead, this would be a definite must-have. We also thought the Crittall style would lend the more traditional/period feel to the house we were trying to achieve. This look was caried through to the snug by having a glass and steel balustrade and internal steps manufactured to create a safe split-level divide.

After a small planning alteration following guidance from the Conservation Officer regarding the garage roof style (they wanted it gabled rather than hipped) the plans were passed in May 2018.

We instructed our builder, and David Granger Design recommended a structural engineer, who we used. There were several meetings on-site between the builder, designer and structural engineer. The existing extension had a strange roofline, and the new extension, being open plan with split levels, required a few structural sheets of steel which were difficult to visualise from the drawings. Being on-site made it easier to picture. All queries were dealt with quickly, and meetings that were needed were at the drop of a hat, which helped keep things moving to schedule.

Work began in October 2018 with the creation of the new utility room. The plan was to use this room as a makeshift kitchen while the existing kitchen was out of action. The utility room was completed quickly and fitted out in time for Christmas. Work then began on the rest of the house in January and was completed by October 2019, just one year since they started.

We absolutely love our new spaces

We had a few obstacles along the way, including a last-minute change of window suppliers; structural steels manufactured incorrectly causing some delay; and various other little problems. But it was all a learning curve and looking back I think I enjoyed it. It was certainly an experience!

We absolutely love our new spaces, particularly the kitchen/dining room and the snug. Using glass balustrades allows natural light into the snug, and it has made this a lovely, friendly family space. 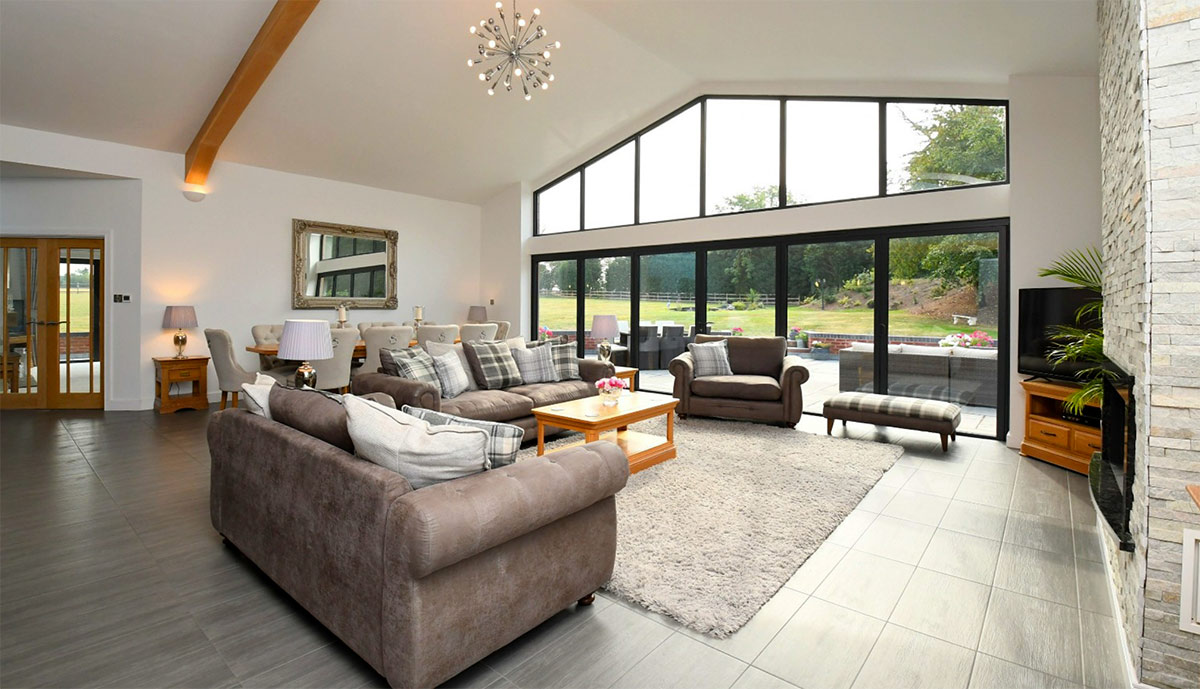